Click here to see all our ROMANTIC PACKAGES & CELEBRATIONS in the UK (these include romantic hotel breaks, proposal experiences, weddings, anniversaries, birthdays, honeymoons, Thames cruises, hen parties and more!) Plus if you find something you really like but the package or experience isn't for the occasion you're looking for... simply send a request via our system and you'll probably get you want you want.

Romantic Destinations in the United Kingdom at a Glance

Starting at Land's End you'll trace the sub-tropical white sand beaches of Cornwall... to the picture-perfect pastoral landscapes of the Cotswolds... through to enchanting historic cities and landmarks such as Bath and Stonehenge... guiding you to the bright lights and wonders of London... before turning northward through the beautiful English heartlands towards world-famous beauty spots including the Peak District, the Lake District, and the Yorkshire Dales. (Unless you go the other way... where the south-east coastline and counties include the glorious South Downs national park and vibrant cities such as Brighton and Canterbury.)

And that's not even going beyond the borders of England.

Wales, Scotland and Northern Ireland arguably host some of the UK's most spectacular scenery and distinctive culture (and there are Scottish beaches that frequently beat the Caribbean in global award contests - they are quite literally jaw-dropping).

Think of the UK is a Pandora's box of romantic destinations and opportunity!

If you need help deciding where to go or what to book why not ask our Romantic Butler?

Simply complete the 2-minute quiz and we'll personally match you with your perfect hotel, experience or celebration.

It couldn't be easier! 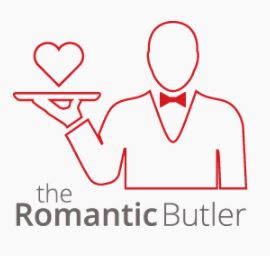